“We are seeing colder than normal weather settling into Europe over the next week which should be supportive for gas and power prices”
“Obviously we had the really warm winter in 2019, but if you look at the forecast weather models now, we are looking at temps more likely around the 25 year average. I am sure people are fed up with a Covid angle on everything, but it will be interesting to see if power and gas demand will rise more quickly in cold weather than in previous years, with those stuck working at home turning up central heating that would otherwise have been switched off if they were in the office.”

“Most of the impact of increased heating demand is going to be seen in at the NBP (UK gas market). We have been monitoring the market closely for our green gas generators and have been flagging strength as a opportunity for short term price fixes. This seems to have worked well for them. NBP prices are almost 5% up in the space of 2 weeks. But to put this into context we are still below the average 5 year price for gas delivered over a front winter season. Demand looks robust into next week and we expect that to give a strong price signal that may attract more LNG cargoes to the UK.” 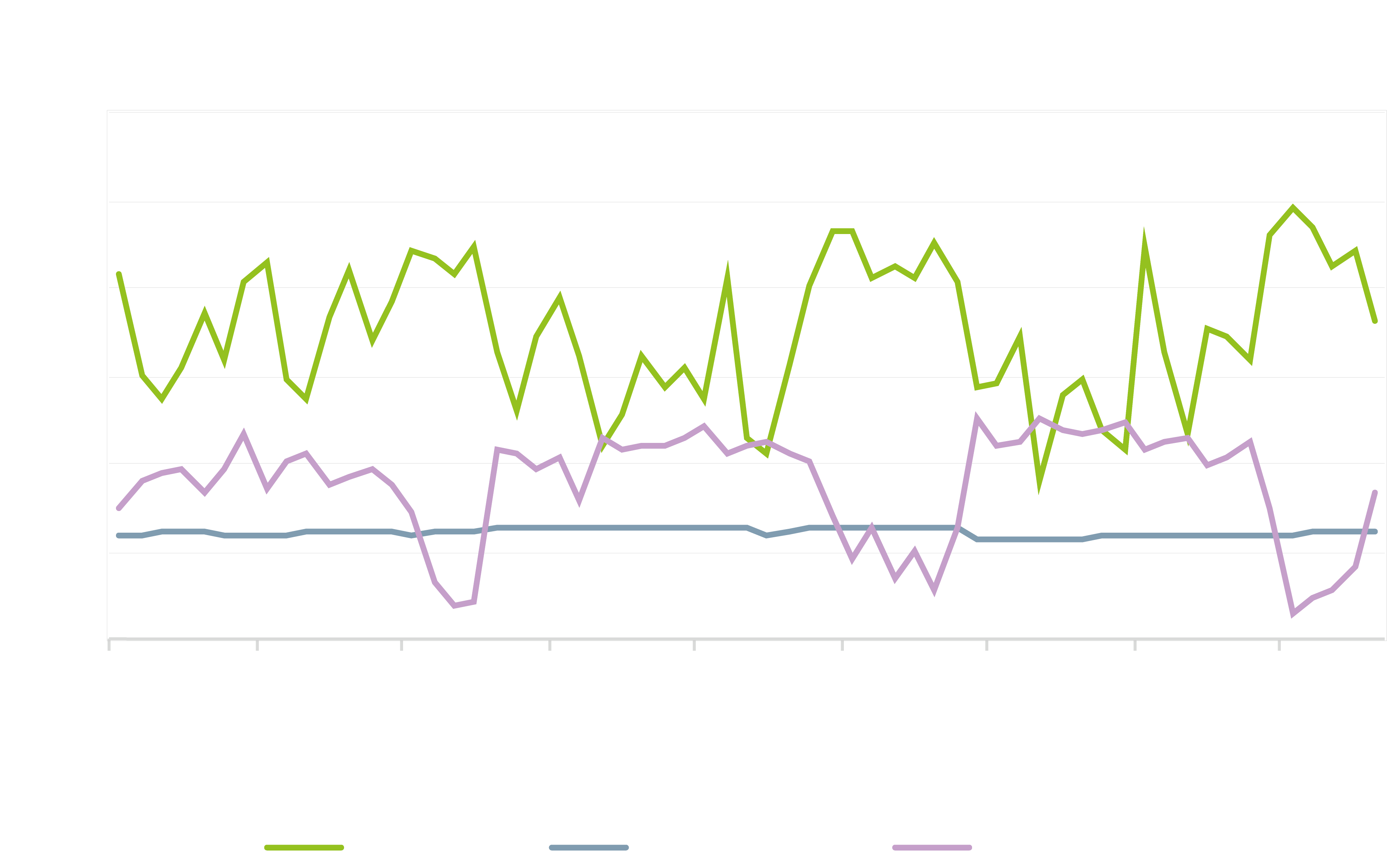 • The market is also supported by positive vaccine news and moves in broader commodity and equity markets.

• French nuclear generation issues that could have implication across European energy markets including the UK. 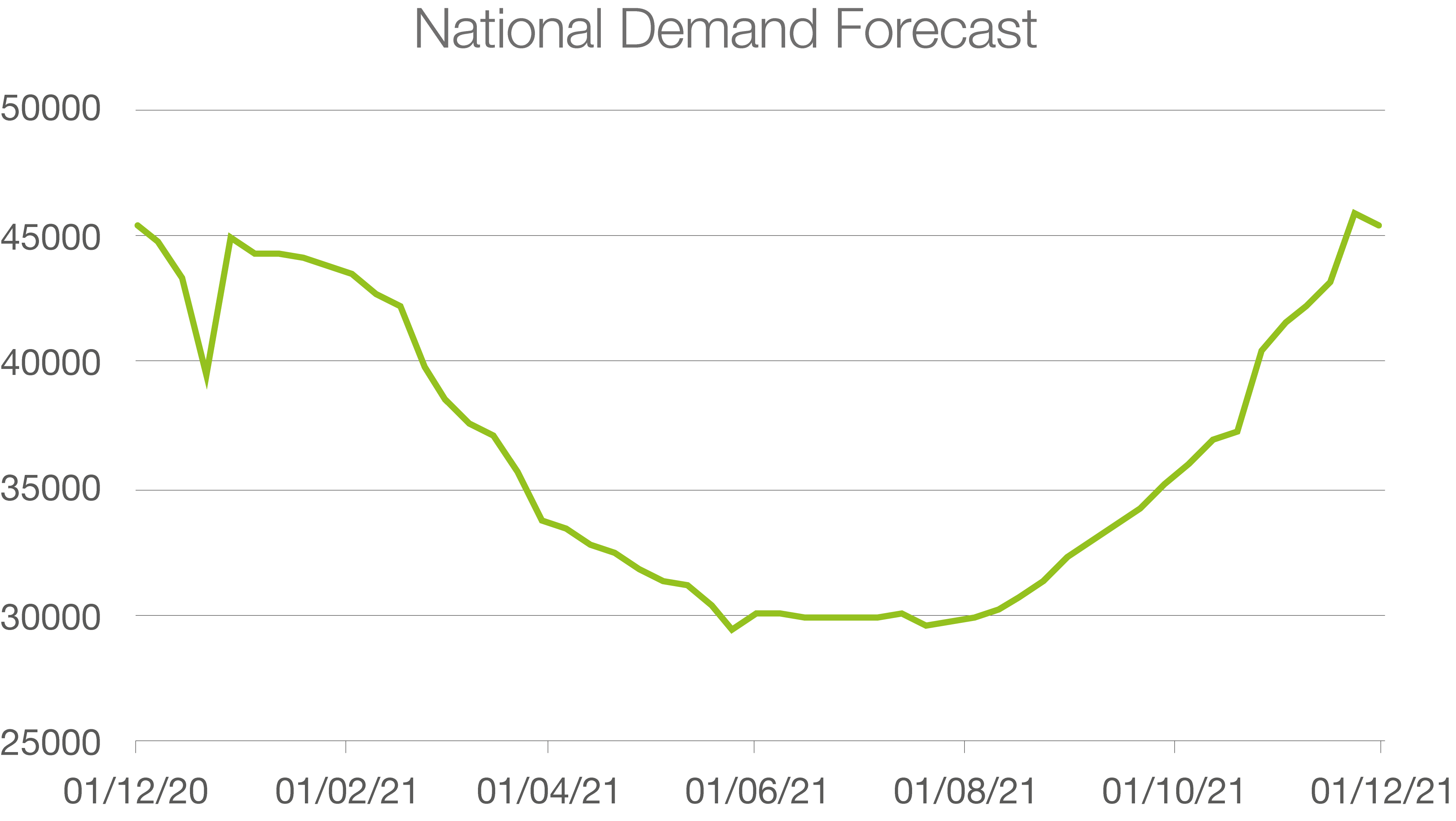 New Stream are flagging market strength to both renewable power generators and green gas exporters as a short-term fixing opportunity.

For those clients with either PPA fixes or upcoming renewals, market timing is key. Pricing one day versus another can be £2 – £4MWh.

New Stream are monitoring the market closely, running our analysis and making recommendations to clients.

As always, every client has slightly different requirements, so we work with them on a bespoke basis to find the best PPA solution. 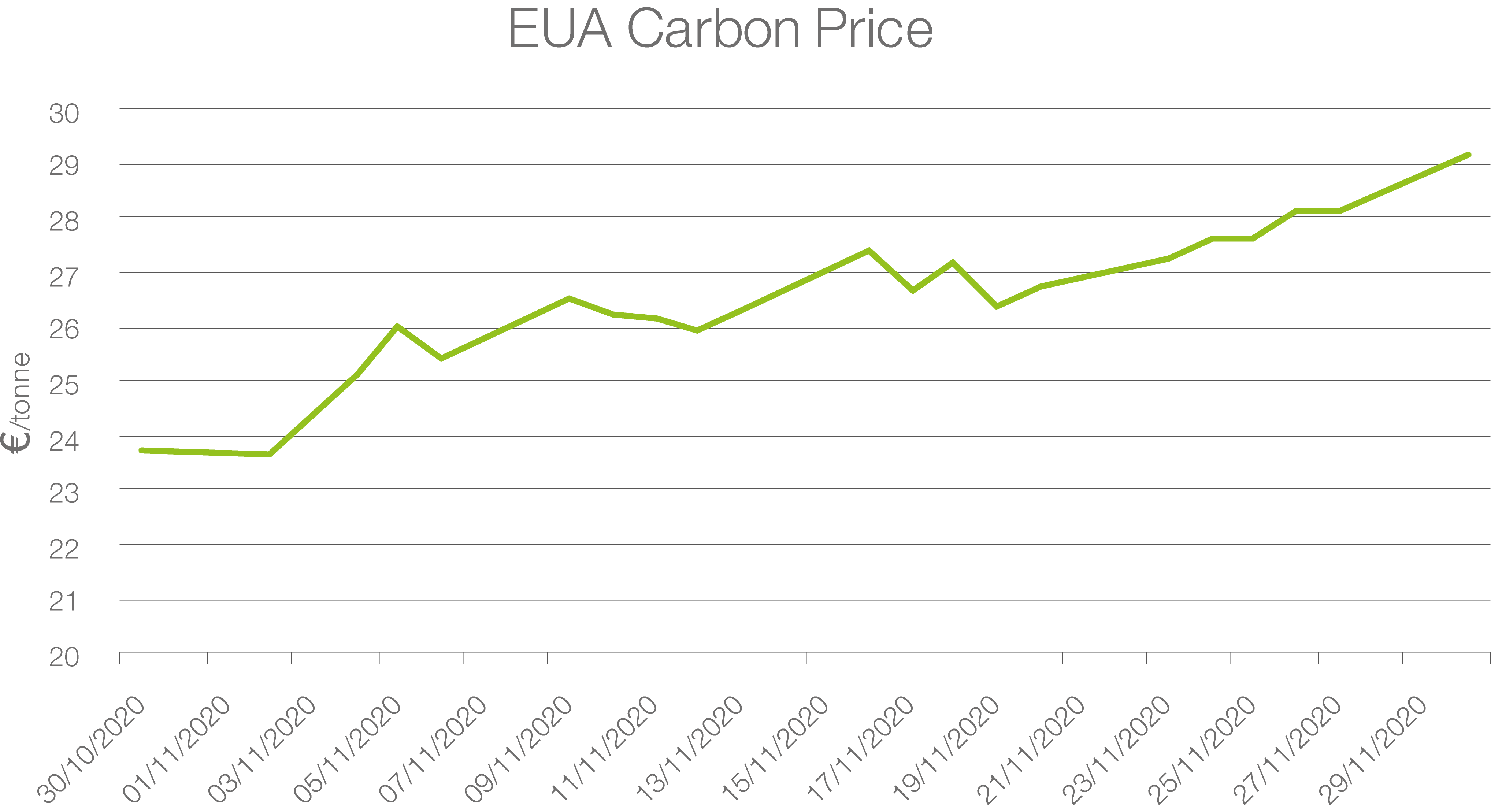 ‘It will be interesting to see how the next few months play out, but if suppliers cannot use EU GOOs for FIT levelisation then we may see sharp upward pressure on pricing.”

Sellers appear reluctant to trade further out than spot due to uncertainty over pricing.

Increasing differential between crop with and without carbon capture. Both EU and UK buyers increasingly specific on feedstock and methane slippage.

SSE and Equinor will develop with the world’s biggest offshore wind park in the North Sea after reaching financial close on the joint venture.

The project called Dogger Bank will produce enough renewable electricity to supply 5% of the U.K.’s demand.

Intergen gets go-ahead for giant battery storage project in Essex

• UK will host the postponed Cop26 summit next year.

• Pressure is growing to come up with an ambitious national target – known as a nationally determined contribution (NDC).