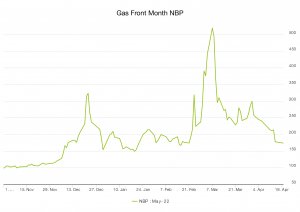 The European energy market has witnessed increased price volatility over the past two years due to many external factors that directly impact the supply and demand balance, resulting in price rises across wholesale energy markets.  These factors range from the global Coronavirus pandemic to the geopolitical stance of politicians and the world’s race to net zero and the decarbonisation of supply.  Energy security is high on the agenda, and political decisions will severely impact pricing for the foreseeable future. Renewables play a significant role in future-proofing the fuel mix used across Europe. Structuring and fixing PPAs is fundamental to the viability and ultimate success of the project.

The last 18 months of PPA market pricing, driven by strong underlying market fundamentals, pushed gas and carbon pricing higher. The latest and universally publicised move up is on the back of upside gas price risk because of the Russian invasion of Ukraine. If we take a step back, the medium-term PPA market fundamentals are affected by far-ranging factors. These include carbon price, European generation capacity, gas supply and demand and European gas storage requirements. More recently, Nord Stream 2 and the status of Russian gas flows, considering the widespread sanctions, have been very much in focus.

As has alternative supply routes that have focused on LNG cargos in terms of fuel and cross-border power inter-connector flows.  In the short term, PPA market fundamentals and price drivers, in our opinion, are: 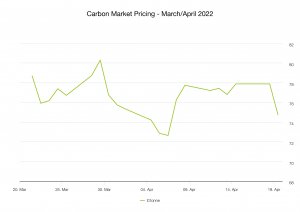 Gas is a key market driver for UK Power and Renewable PPAs. Before the Ukraine crisis, gas was seen as the clean fuel that would help us make the renewable transition. Looking at recent data for the UK combined cycle gas turbine (CCGT) fleet, generation has provided 50% of the required energy for the UK market.  At the start of 2021, Europe had come out of a winter where we saw significant heating demand for fuel, gas storage levels were low, and the global market for LNG cargos was strong as less traditional buyers looked for “greener fuel options”. UK NBP gas prices started to move out of historical prices ranges that had seen significant stability over several years. This, in turn, moved up the power prices as the “spar spread cost” of buying gas (and carbon) and selling power increased. The market was looking to Nord Stream 2, a new giant Russian supply pipeline that had been in build for years, to reduce supply pressure. Then everything changed.

The Nord Stream 2 pipeline that runs 1200km from Siberia to Germany will play a crucial role in the coming months. The German government and other European countries have based their future energy strategies on theNord Stream 2 being open, supplying natural gas. This lack of supply and lower storage levels across the European gas fields will accelerate the need for renewables to contribute to making up the shortfall. The pipeline owned and operated by a consortium of businesses headed up by the Kremlin-aligned Gazprom was completed in late 2021 but has been put on hold by the German government because of Russian State aggression toward Ukraine. If commissioned, it would have had the capacity to heat more than 25 million German homes with affordable gas due to the capacity being doubled with Nord 2 complementing the existing Nord Stream 1 pipeline that has been in operation for over ten years.

Nord 1 and 2 could deliver 110bn cubic metres of gas to Europe every year, delivering over a quarter of the European Union’s gas annually. In 2018, the US and Polish governments warned against the pipeline as they saw it as a threat to European energy security. The gas market fundamentals, in our opinion, that will impact the energy market in Europe are: –

While gas storage sites across Europe show the first signs of replenishment, weather forecasts will still be critical as we move out of the European heating season. There is still some considerable supply risk around Russian flows, although supplies to Europe via key pipeline routes have been relatively stable based on data we review at New Stream. Over the summer months, Norwegian flows around planned maintenance schedules will be critical short-term drivers of spot NBP gas and baseload power contracts. 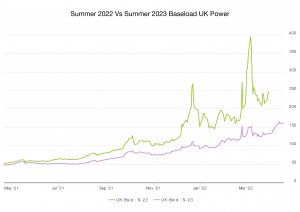 It’s important to look at where the price action has been for PPAs over the last 12 months.

Much of the high pricing we have seen remains at the front end of the curve, with forward contracts at a significant discount to the near seasons. Volatility is still considerable, and we have seen a mix of strategies from those generators looking for price certainty and some who want to leave floating exposure to market price volatility.

For all renewable energy producers entering into a PPA, we recommend:

We still believe that upward price momentum is slowing but are seeing significant volatility at the front end of the curve.  New Stream have been talking to lots of generators over the last few months, discussing a strategy that best suits the asset and risk appetite of the business. We were able to flag the price strength in the market, and many took the opportunity to price fix PPAs and GPAs on an upside versus downside basis.

In conclusion, recent moves up in PPA pricing have created opportunities for renewable generators but with increased volatility comes increased risk. In the short-term, gas will be the key driver for UK power and PPAs. Getting the correct PPA structure for your project will be more critical than ever, whilst price volatility means that market know-how and price transparency must also be considered.

Due diligence and visibility on who you contract a PPA with will become essential as we navigate what looks to be an extremely challenging global economic environment for at least the next 18 months. It is no good locking in a strong PPA price only for the market to move down and your counter-party to go out of business, so ‘blind auctions’ will become problematic to manage risk effectively.

Lastly, we should touch on and remember the human cost of higher energy pricing and “fuel poverty”. Recent forecasts suggest that as many as four in 10 people in Britain could fall into fuel poverty when the price cap rises again this autumn. We see solar and other renewables as part of the solution to this issue, but it is not a quick fix. 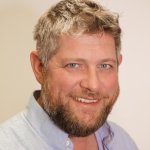 Since 2011 he has been responsible for over 6GW of renewable PPAs, developing the ‘best value’ process for a route to market power sales to ensure maximum value is achieved for green generators across all technologies and tenors. In terms of solar PPAs, Charlie has worked on some of the largest projects in the UK, structuring short and long-term deals. 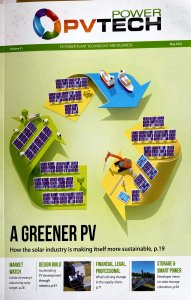