“There are some reasons to be positive which is great. The market is still trying to digest the vaccine news but there is certainly some buying support for both gas and power contracts.We are keeping our PPA and GPA clients with upcoming renewals updated in order to try and time best fixing. Not easy with current market volatility but we have still managed to achieve some good levels for clients on power and green gas.”

What This Means for PPA Pricing ? 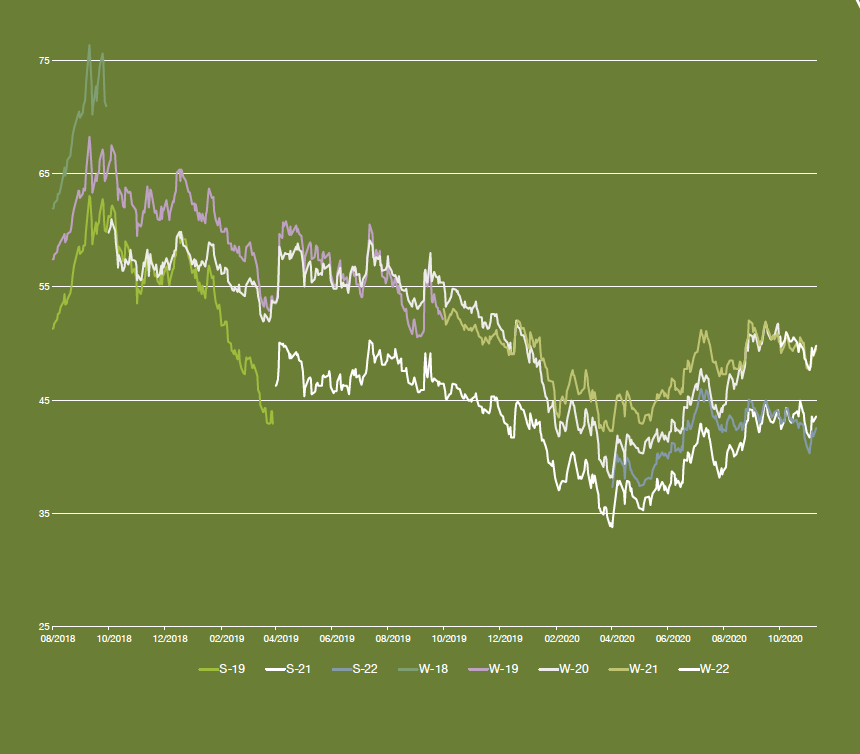 There has been some pull back on the buy side of the LNG market that may take the heat out of some of the pricing but we see this as relatively short term.

We still hold the view that there are fundamental reasons why there should be a market priced risk premium for potential shocks as we enter winter.

There is clearly issues in France with their nuclear generation that could have implication across European energy markets including the UK.

If we get some cold in addition to this then that could reverse interconnector flows as we saw in Winter 2016.” Banks said

Please contact Charlie Ward for more information on this option 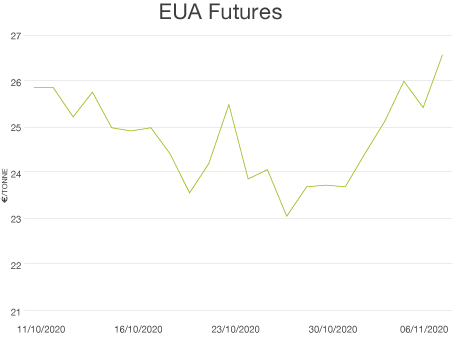 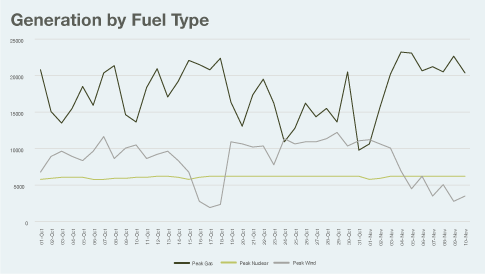 “We have again seen low wind output coinciding with a number of generator outages resulting in lower margins as the cushion of spare capacity we operate the system in has been significantly reduced. We flagged tight margins at the start of the week and that has certainly played out both in terms of margin and pricing.”
Said Paul Sanders,
Head of Generation at New Stream

ROC CP19 Recycle forecast at £2.24, continued to be driven down by demand destruction with a total value forecast to be £52.39.

The RO requires licensed electricity suppliers to source a proportion of the electricity they supply to UK customers from renewable sources.

The ROC recycle value for CP18 has been announced. For the financial year 19/20, 89.1% of the ROC Obligation was met and £5.02 per ROC has been redistributed.

There is a shortfall of £105.555 million which will lead to a late payment distribution on January 1st 2021, which is when the final recycle value will be confirmed.